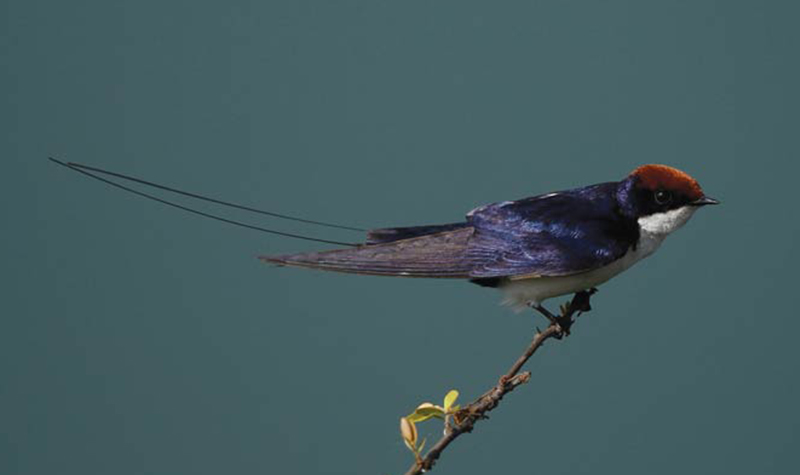 The Wire-tailed Swallow is a small swallow, measuring 18 cm (7.1 in) in length. It has bright blue upper parts, bright white under parts and a chestnut cap. Immature birds lack tail wires, and have dull brown (rather than chestnut) caps. The species is named for the very long filamentous outermost tail feathers, which trail behind like two wires. The sexes are similar in appearance, but the female has shorter “wires”. Juveniles have a brown crown, back and tail. This bird is found in open country near water and human habitation. Wire-tailed Swallows are fast flyers and they generally feed on insects, especially flies, while airborne. They are typically seen low over water, with which they are more closely associated than most swallows.