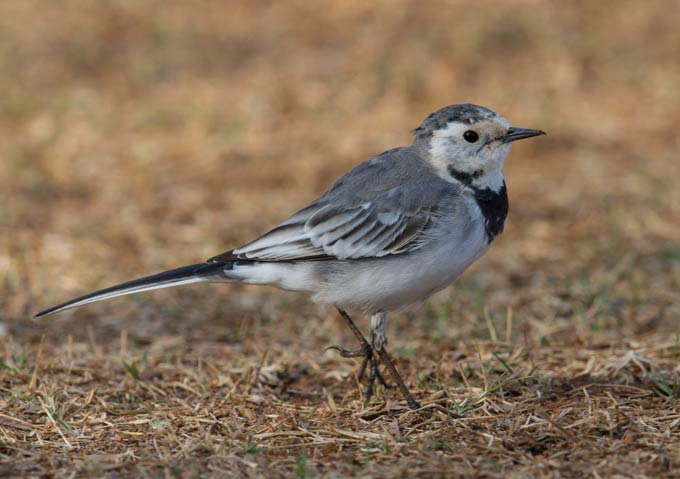 The White Wagtail (Motacilla alba) is a small passerine bird in the family Motacillidae, The species breeds in much of Europe and Asia and parts of North Africa. The White Wagtail is an insectivorous bird of open country, often near habitation and water. It prefers bare areas for feeding, where it can see and pursue its prey. In urban areas it has adapted to foraging on paved areas such as car parks. It nests in crevices in stonewalls and similar natural and man-made structures.
The most conspicuous habit of this species is a near-constant tail wagging, a trait that has given the species, and indeed the genus, its common name. In spite of the ubiquity of this behaviour, the reasons for it are poorly understood. It has been suggested that it may flush prey, or signal submissiveness to other wagtails. A recent study has suggested instead that it is a signal of vigilance to potential predators.
The exact composition of the diet of white wagtails varies by location, these can range from beetles, dragonflies, small snails, spiders, worms, crustaceans, to maggots found in carcasses.