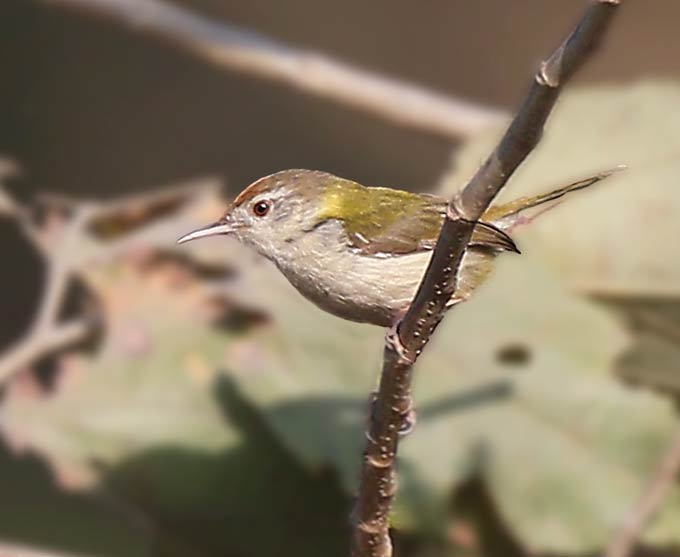 Tailorbirds are small birds, most belonging to the genus Orthotomus.
These are usually brightly colored, with green or grey upper parts and yellow white or grey under parts. They often have chestnut on the head.Tailorbirds have short rounded wings, short tails, strong legs and long curved bills. The tail is typically held upright, like a wren. They are typically found in open woodland, scrub and gardens.
Tailorbirds get their name from the way their nest is constructed. The edges of a large leaf are pierced and sewn together with plant fibre or spider’s web to make a cradle in which the actual grass nest is built.
Tailorbirds are found singly or in pairs, usually low in the undergrowth or trees sometimes hopping on the ground. They forage for insects and have been known to feed on a range of beetles and bugs. They are attracted to insects at flowers and are known to favour the inflorescences of mango. They also visit flowers such as those of Bombax, Salmalia for nectar and are sometimes covered in pollen, giving them a golden-headed appearance.
The birds roost alone during the non-breeding season but may roost side-by-side during the breeding season, sometimes with the newly fledged juvenile sandwiched between the adults. The roost sites chosen are thin twigs on trees with cover above them and were often close to human habitation and light