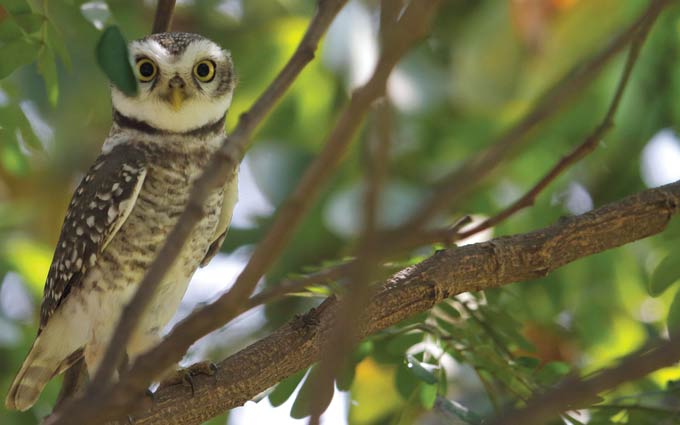 The Spotted Owlet (Athene brama) is a small owl which breeds in tropical Asia from mainland India to Southeast Asia. A common resident of open habitats including farmland and human habitation, it has adapted to living in cities. They roost in small groups in the hollows of trees or in cavities in rocks or buildings. It nests in a hole in a tree or building, laying 3–5 eggs. They are often found near human habitation. The species shows great variation including clinal variation in size and forms a super-species with the very similar little owl.
This species is nocturnal but is sometimes seen in the day. When disturbed from their daytime site, they bob their head and stare at intruders. It can often be located by the small birds that mob it while it is perched in a tree. It hunts a variety of insects and small vertebrates.