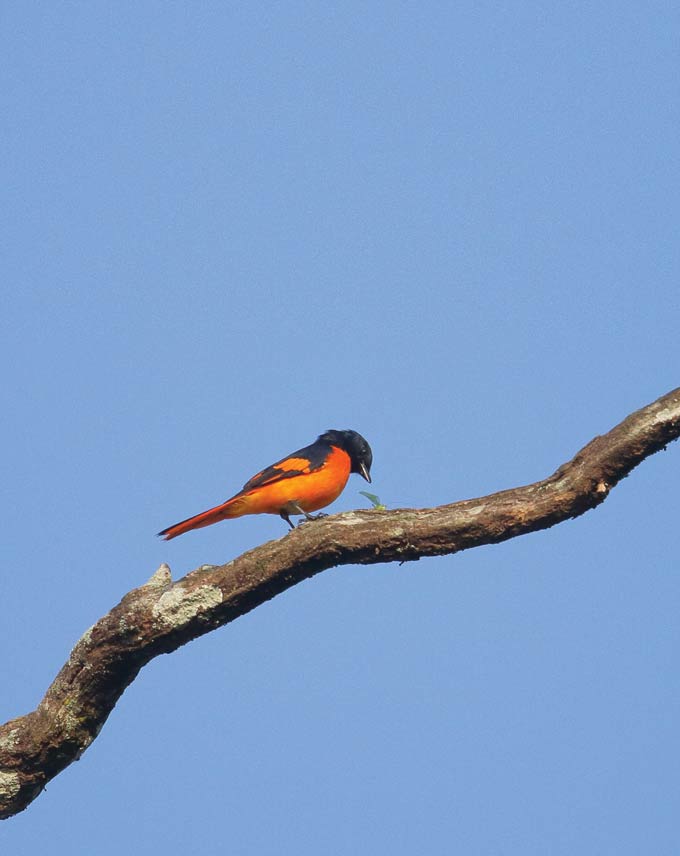 The Scarlet Minivet (Pericrocotus speciosus) is a small passerine bird. This Minivet is found in tropical southern Asia from India to southern China, Indonesia, and the Philippines. They are common resident breeding birds in forests and other well-wooded habitats including gardens, especially in hilly country. While the male of most subspecies are scarlet to orange with black upper parts, the females are usually yellow with greyish olive upper parts. All subspecies have the same habits of foraging for insects and are often seen in mixed-species foraging flocks, usually foraging in small groups, high up in the forest canopy.
This Minivet catches insects in trees by fly-catching or while perched. It flushes insects out of foliage by beating its wings hard. Scarlet Minivet will form small flocks. Its song is a pleasant whistling. This bird nests high up in the treetops. The nest is a cup-like structure woven with small twigs and spiders’ webs to increase the strength of the nest. Two or three spotted pale green eggs are laid. Incubation is mainly by the female, but both birds help to raise the offspring.