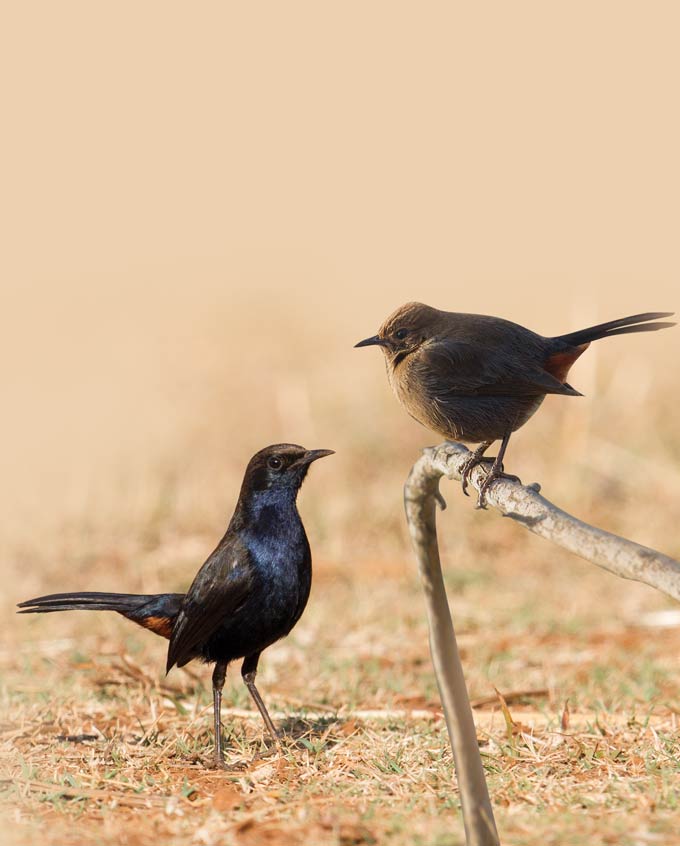 The Indian Robin (Copsychus fulicatus) is a species of bird in the family Muscicapidae. It is widespread in the Indian subcontinent. They are commonly found in open scrub areas and often seen running along the ground or perching on low thorny shrubs and rocks. The long tail is usually held up and the chestnut under-tail coverts and dark body make them easily distinguishable from Pied Bushchats and Oriental Magpie Robins.
All populations are resident and non-migratory. The species is often found close to human habitation and will frequently perch on rooftops They feed mostly on insects but are known to take frogs and lizards especially when feeding young at the nest. Individuals may forage late in the evening to capture insects attracted to lights.