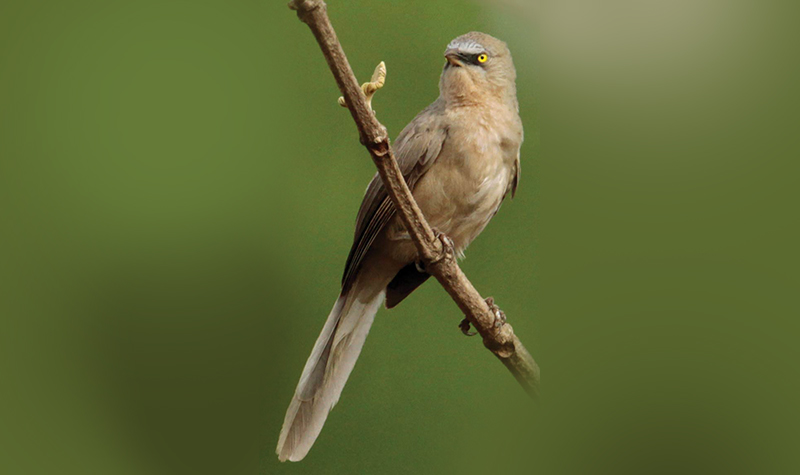 The Jungle Babbler (Turdoides striata) is a member of the family Leiothrichidae found in the Indian subcontinent. They are gregarious birds that forage in
small groups of six to ten birds, a habit that has given them the popular name of “Seven Sisters” in urban Northern India, and Saath bhai (seven brothers) in
Bengali with cognates in other regional languages which also mean “seven brothers”.
The Jungle Babbler is a common resident breeding bird in most parts of the Indian subcontinent and is often seen in gardens within large cities as well as in forested areas.
The Jungle Babbler’s habitat is forest and cultivation. This species, like most babblers, is non-migratory, and has short rounded wings and a weak flight.
These birds are gregarious and very social. They sometimes form the core of a mixed-species foraging flock. They feed mainly on insects, but also eat grains, nectar and berries. The groups maintain territories and will defend it against neighbours but will sometimes tolerate them. For their size, they are long lived and have been noted to live as long as 16.5 years in captivity.
When foraging, some birds take up a high vantage point and act as sentinels. They are known to gather and mob potential predators such as snakes.