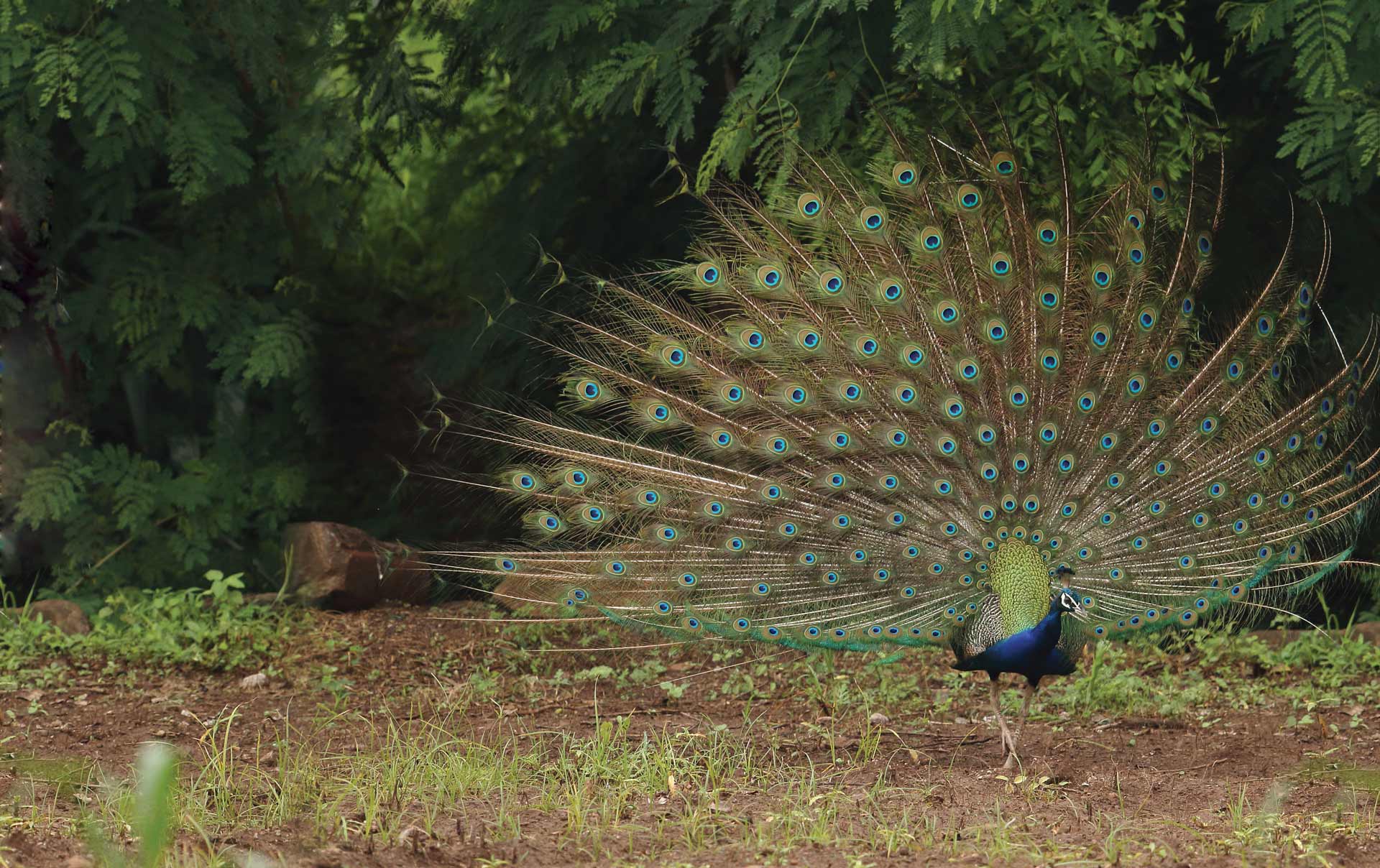 The Indian Peafowl or blue peafowl is a large and brightly coloured bird. The bird is celebrated in Hindu and Greek mythology and is the national bird of India. The male, or Peacock, is predominantly blue with a fan-like crest of spatula-tipped wire-like feathers and is best known for the long train made up of elongated upper-tail covert feathers which bear colourful eyespots. These stiff feathers are raised into a fan and quivered in a display during courtship. Despite the length and size of these covert feathers, peacocks are still capable of flight. The Indian peafowl lives mainly on the ground in open forest or on land under cultivation where they forage for berries, grains but also prey on snakes, lizards, and small rodents. Their loud calls make them easy to detect, and in forest areas often indicate the presence of a predator such as a tiger.