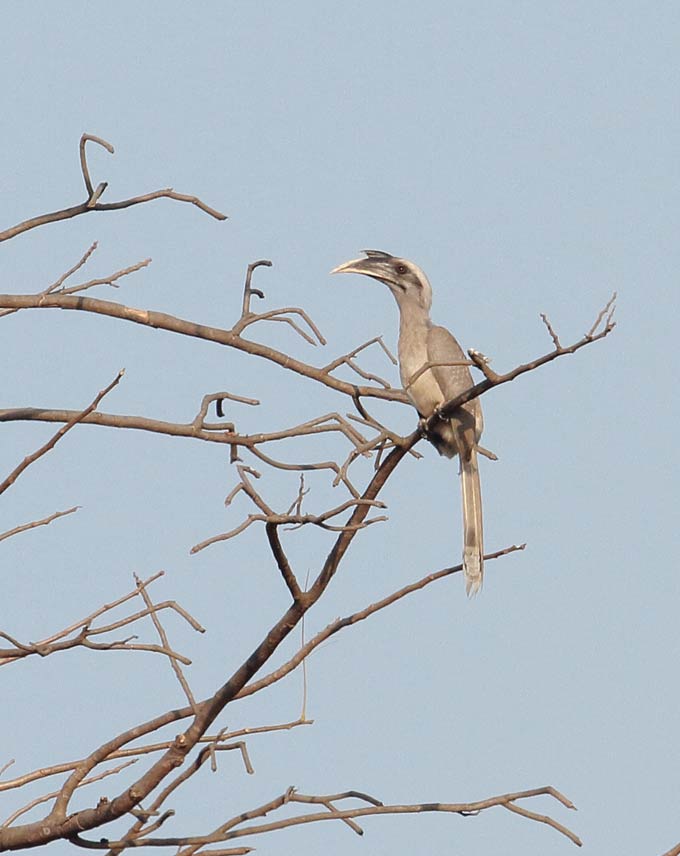 The Indian Grey Hornbill (Ocyceros birostris) is a common hornbill found on the Indian subcontinent. It is mostly arboreal and is commonly sighted in pairs. It has grey feathers all over the body with a light grey or dull white belly. The horn is black or dark grey with a casque extending to the point of curvature of the horn. It is one of the few hornbill species found in urban areas in many cities where they are able to make use of large trees in avenues.
Indian Grey Hornbills usually nest in tree hollows on tall trees. An existing hollow may be excavated further to suit. The female enters the nest hollow and seals the nest hole, leaving only a small vertical slit through which the male feeds her. The nest entrance is sealed by the female using its excreta and mudpellets supplied by the male. While inside the nest, the female moults her flight feathers and incubates the eggs. The regrowth of the female’s feathers coinncides with the maturity of the chicks, at which point the nest is broken ope