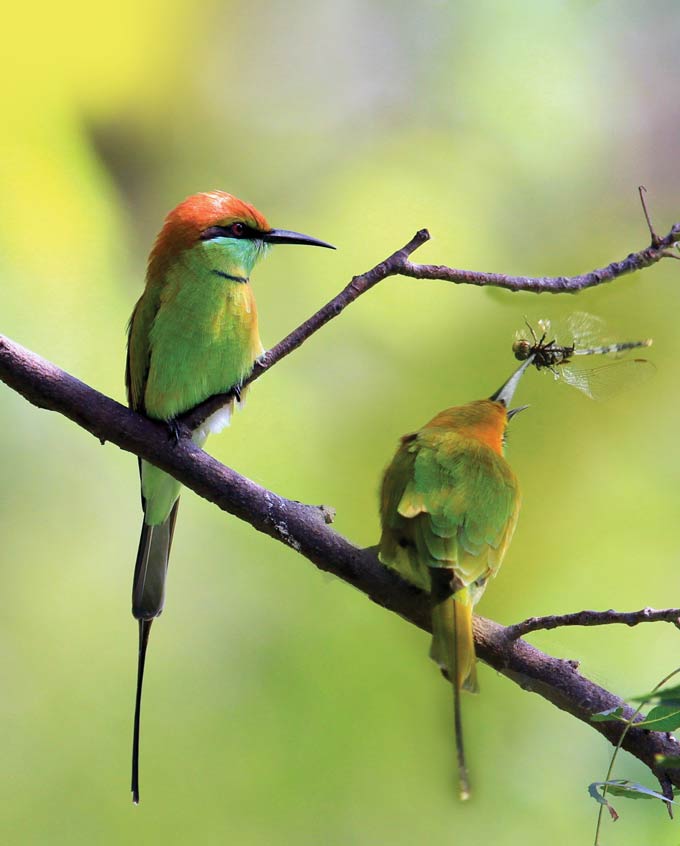 Bee-eaters are a group of near-passerine birds in the family Meropidae. Most species are found in Africa and Asia, with a few in southern Europe, Australia, and New Guinea. They are characterised by richly coloured plumage, slender bodies, and usually elongated central tail feathers. All have long down-turned bills and medium to long wings, which may be pointed or round. Male and female plumages are usually similar.
As their name suggests, Bee-eaters predominantly eat flying insects, especially bees and wasps, which are caught in the air by flights from an open perch. The stinger is removed by repeatedly hitting and rubbing the insect on a hard surface. During this process, pressure is applied to the insect, thereby extracting most of the venom.