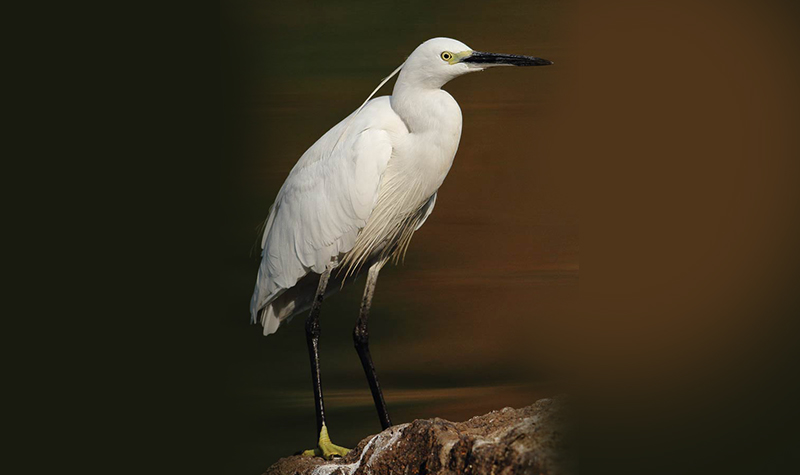 Many Egrets are members of the genera Egretta or Ardea which also contain other species named as herons rather than egrets. The distinction between a heron and an egret is rather vague. The word “egret” comes from the French word “aigrette” that means both “silver heron” and “brush”, referring to the long filamentous feathers that seem to cascade down an egret’s back during the breeding season.
Egrets typically frequent marshes, lakes, humid forests, and other wetland environments. They are wading birds and catch small fishes, amphibians, reptiles, mammals, and crustaceans in shallow waters. They build large, untidy nests in trees and bushes or on the ground.