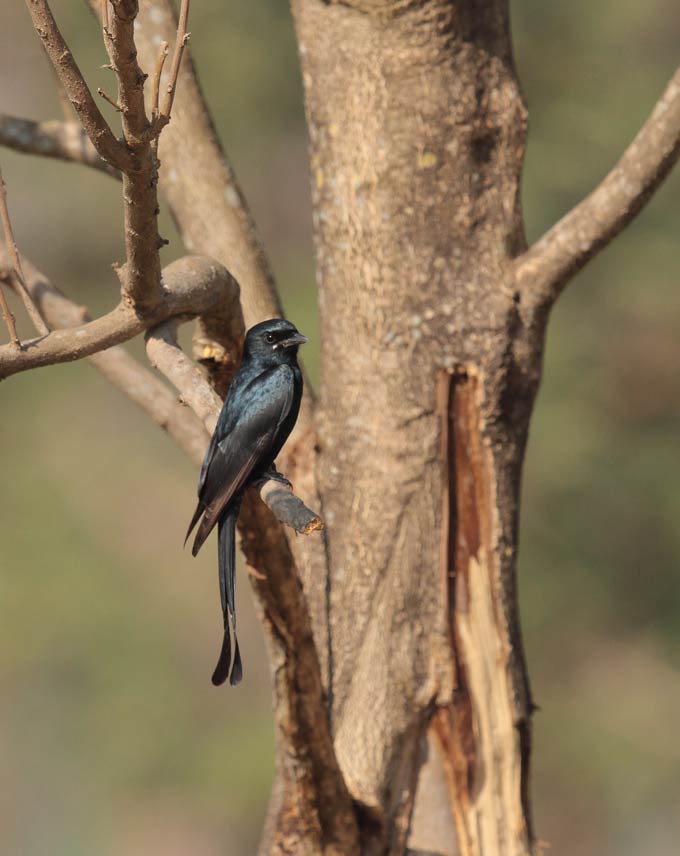 The Drongos, are a family Dicruridae, of passerine birds of the Old World tropics. Drongos are mostly black or dark grey, short-legged birds, with an upright stance when perched. They have forked tails and some Asian species have elaborate tail decorations. They feed on insects, which they catch in flight or on the ground.
These insectivorous birds are usually found in open forests or bush. They have short legs and sit very upright whilst perched, like a shrike. They fly-catch or take prey from the ground. Some Drongos, especially the Greater Racket-tailed Drongo, are noted for their ability to mimic other birds and even mammals.
They not only use their own alarm calls, but imitate those of many species, either their victim’s or that of another species that the victim responds to. If the call of one species is not effective, perhaps because of habituation, the Drongo will try another; 51 different calls are known to be imitated.