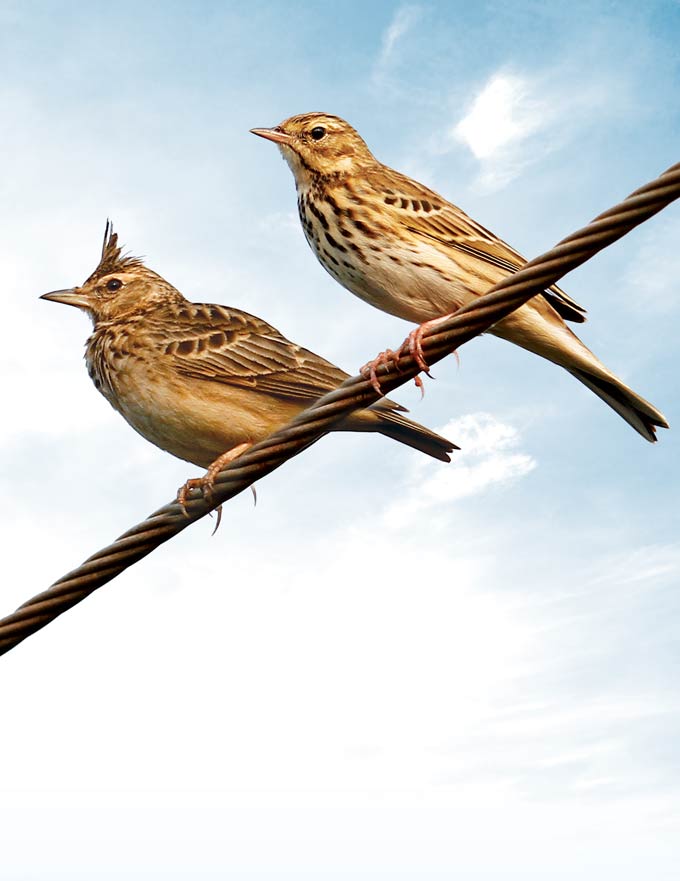 The Crested Lark is a species of lark distinguished from the other 81 species of lark by the crest of feathers that rise up in territorial or courtship displays and when singing. Common to mainland Europe, the birds can also be found in northern Africa and in parts of western Asia and China. It is a non-migratory bird, but can occasionally be found as a vagrant in Great Britain.

Pipits are a cosmopolitan genus of small passerine birds with medium to long tails. The genus is widespread, occurring across most of the world, except the driest deserts, rainforests and the mainland of Antarctica.
They are slender, often drab, ground-feeding insectivores of open country. Like their relatives in the family, the pipits are monogamous and territorial. Pipits are ground nesters, laying up to six speckled eggs.