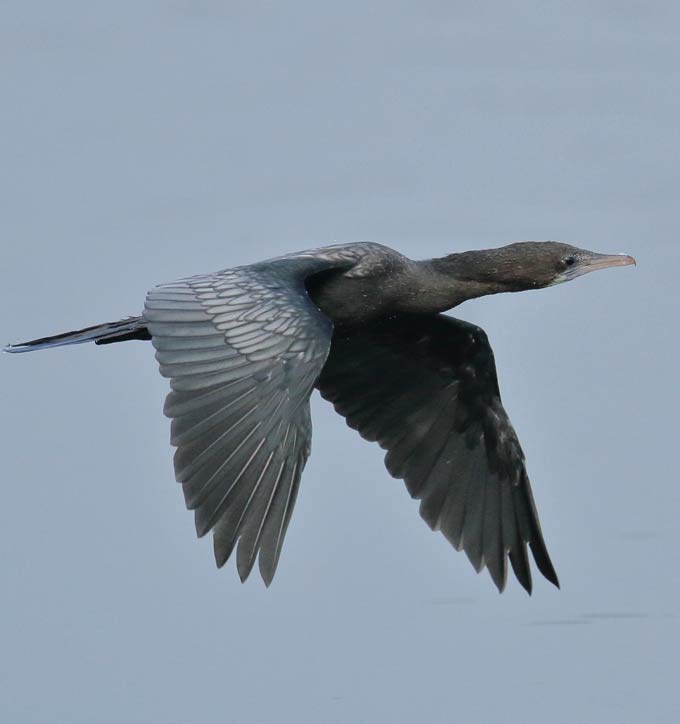 Phalacrocoracidae is a family of approximately 40 species of aquatic birds commonly known as Cormorants and Shags.
Cormorants and Shags are medium-to-large birds, the majority of species have dark feathers. The bill is long, thin and hooked. Their feet have webbing between all four toes. They have relatively short wings due to their need for economical movement underwater, and consequently have the highest flight costs of any flying bird.
Cormorants nest in colonies around the shore, on trees, islets or cliffs. All are fish-eaters, dining on small eels, fish, and even water snakes. They dive from the surface, though many species make a characteristic half-jump as they dive, presumably to give themselves a more streamlined entry into the water. Under water they propel themselves with their feet, though some also propel themselves with their wings. Some cormorant species have been found, using depth gauges, to dive to depths of as much as 45 metres.
After fishing, Cormorants go ashore, and are frequently seen holding their wings out in the sun. All Cormorants have preen gland secretions that are used ostensibly to keep the feathers waterproof.