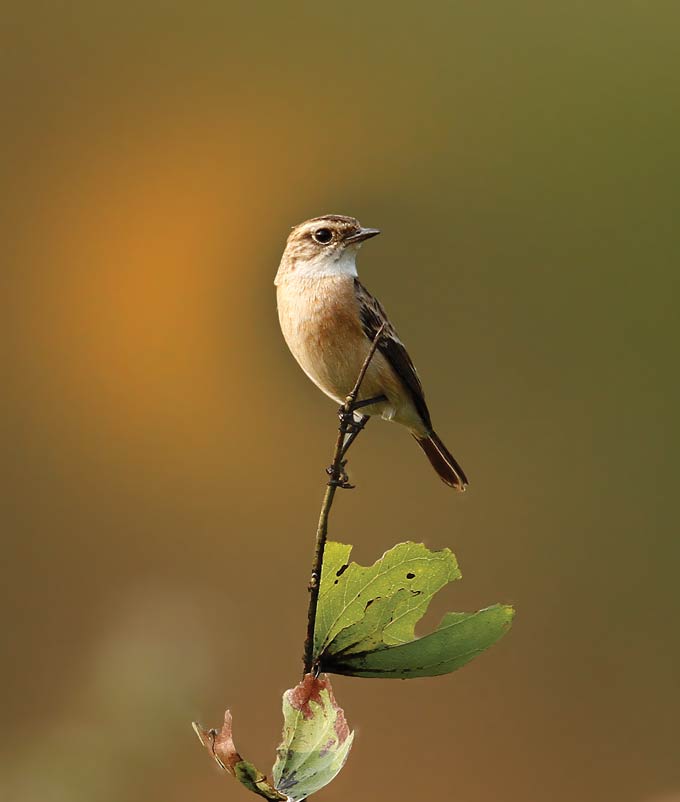 Common Stonechat is the name used for the Saxicola species Saxicola torquatus when this is treated in its broadest sense.
It is, however, now more widely considered to be a superspecies consisting of several related but distinct species, which are outwardly fairly similar but genetically distinct and replacing each other geographically without significant hybridisation.