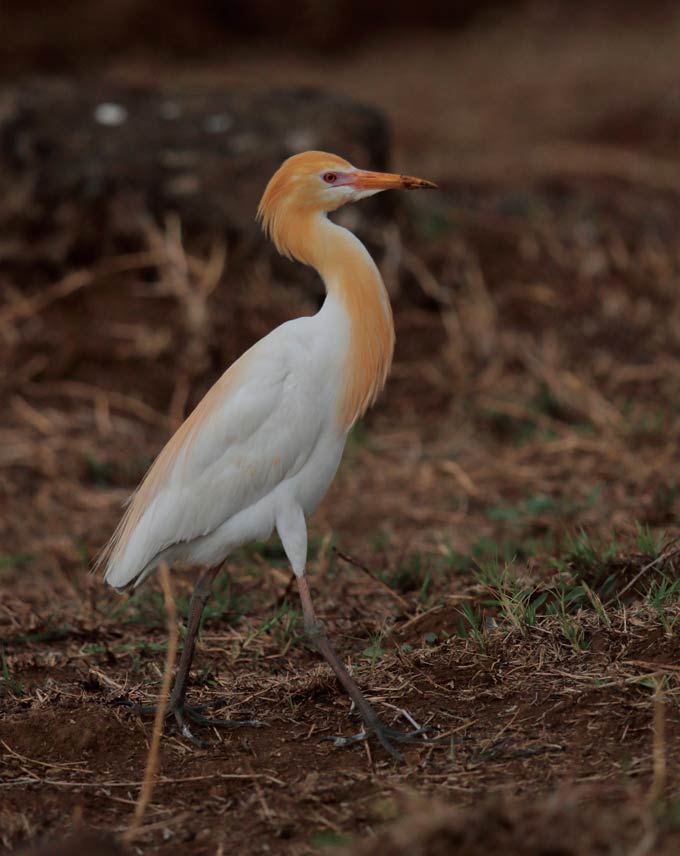 The Cattle Egret is a cosmopolitan species of heron found in the tropics, subtropics, and warm-temperate zones. It is a white bird adorned with buff plumes in the breeding season. It nests in colonies, usually near bodies of water and often with other wading birds. The nest is a platform of sticks in trees or shrubs. Cattle egrets exploit drier and open habitats more than other heron species. They often accompany cattle or other large mammals, catching insect and small vertebrate prey disturbed by these animals.