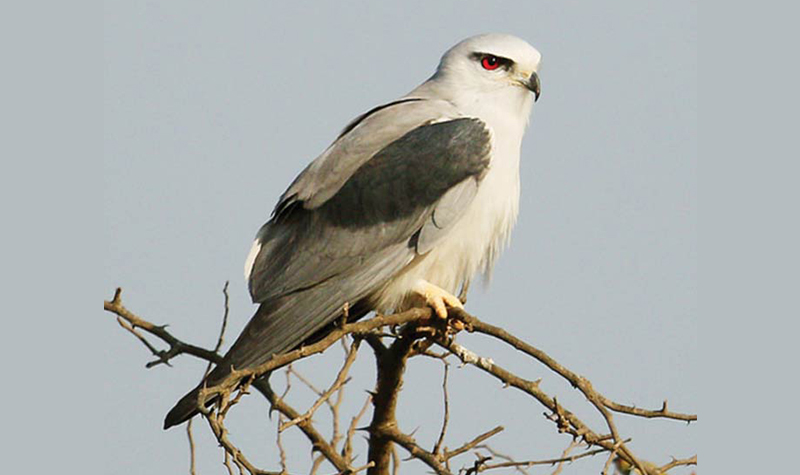 The Black-winged Kite (Elanus caeruleus) is a small diurnal bird of prey in the family Accipitridae best known for its habit of hovering over open grasslands in the manner of the much smaller kestrels. This Kite is distinctive, with long-wings, white, grey and black plumage and owl like forward-facing eyes with red irises. Although mainly seen on the plains, they are sometimes seen on grassy slopes of hills in the higher elevation regions of Asia. They are not migratory, but show nomadism in response to weather and food availability. They are well adapted to utilize periodic upsurges in rodent populations and can raise multiple broods in a single year unlike most birds of prey